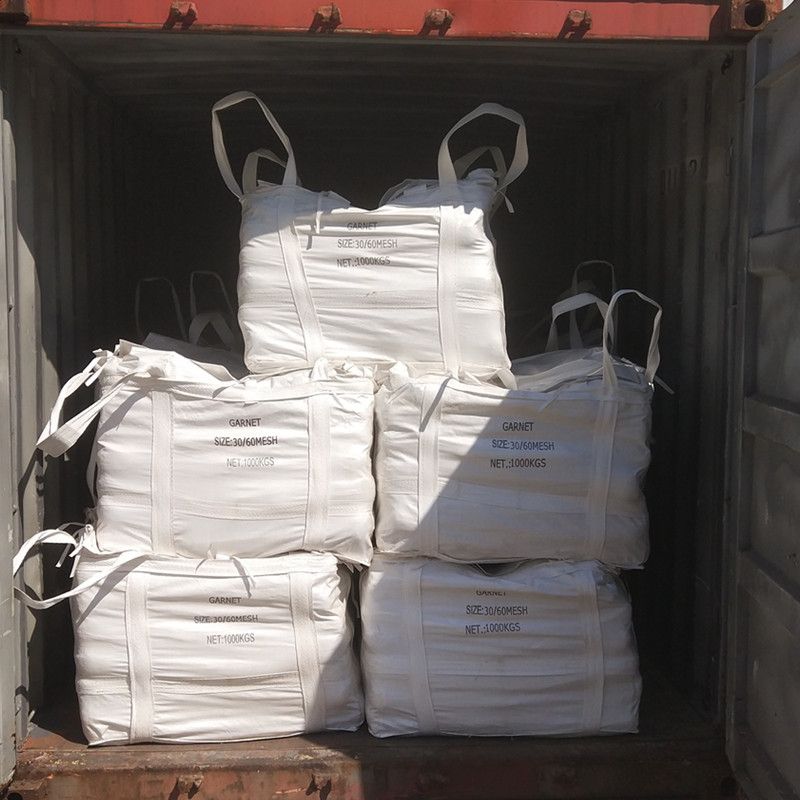 Written by isoadmin on November 5, 2019. Posted in Resources, Uncategorised.

Remember the days when sand blasting used real sand? Your answer may depend on your age; WHS has effectively banned the use of silica-containing abrasives in general by putting a cap of less than 1% free silica on any abrasive blasting. Some workers still use it, but the National Institute for Occupational Safety and Health, based in the United States, has strongly recommended against using it since 1974, and Australia quickly followed suit.

It’s also a very dated media; today’s grits are far more optimized for specific applications, and thanks to some having amazing reusability, they can be very economical as well – especially when bought in bulk. Sand blasting grit suppliers offer a range of materials that are best suited for specific applications, and to get an ideal result, you need the perfect sand blasting media supplies. Here are the five most popular general types of grit used, and what they are typically used for.

Aluminium Oxide Is A Common Choice

Offering a good balance of longevity, hardness and speed, aluminium oxide is carried by most sand blasting sand suppliers. It has very sharp edges for an aggressive cut and has largely replaced silica sand. Since it can be recycled, the cost overall is quite reasonable. Some of the most common uses are for heavy rust removal, surface preparation and matte finishes.

Garnet Is a Mean Ripper

A somewhat newer entry into abrasive technology is garnet. GMA garnet is extremely popular, and Australia actually has access to some of the best sources for it. However, abrasive garnet can be found in many areas of the world, and new sources have proven both useful and economical.

Garnet is a semi-precious stone when found in a polished gem, but it has some unique properties for sand blasting:

Garnet comes in a range of sizes and is frequently used for rust and 2 pac removal, surface preparation and stripping ferrous metals that might react to aluminium oxide.

Plastic Urea Is a Soft Stripper

Plastic seems like the least likely choice for sand blasting grit suppliers to carry – the word itself just seems soft. Yet sometimes that’s precisely what’s needed for the job. It provides a no-etch abrasive and can quickly and safely remove paint from glass, polish metal and offers a safe alternative to chemical stripping. It’s heavily used for cleaning circuit boards, in the aerospace industry or where fast yet light-duty stripping is needed in sensitive areas. It’s also common in automotive manufacturing and restoration.

Both environmentally safe and effectively silica-free, glass offers a less aggressive option for stripping and cleaning surfaces compared to aluminium oxide. Crushed glass is a good option for surface preparation when the oxidation isn’t deep, or the surface may react with other materials. Glass beads are sometimes used for light surface prep, but the most common uses include finished surfaces, cleaning, peening and simple deburring. The beads are recyclable and both beads and crushed glass are inert.

Steel Grit Is Increasing in Popularity

Many sand blasting grit suppliers are seeing an increase for various steel abrasives, including stainless and shot. Largely comparable to aluminium oxide, basic steel grit is probably cheaper per cycle due to the higher rate of recyclability. It’s excellent for preparing steel surfaces and removing mill scale. It’s also somewhat easier on the blast equipment. However, it is slightly softer so it will take a little longer than aluminium oxide.

Choosing the best media for abrasive blasting is critical to a successful job. We can make suggestions about the best grit for the job and equipment, so don’t be afraid to ask. To find out more – call us on 1300 129 990, or fill out our contact form.

Jackie warned you it was coming!

If you haven’t got your listing sorted, now is the time to get your details listed. The blaster directory gives you the ability to advertise your services and products as well as display pictures of your capabilities and previous work achievements.

Just another way Jackie at Abrasive Media Supplies is working with you to ensure your success.

The blaster directory gives you the ability to advertise your services and products as well as display pictures of your capabilities and previous work achievements.